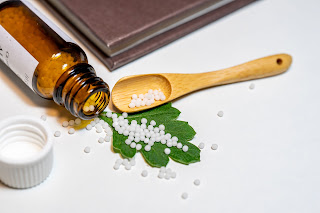 What is Classical Homeopathy?

Homeopathy is a 200-year-old system of healing, utilizing very small, dilute amounts of various substances.  It is based upon the principle that like treats like.  Any substance, if given in an “overdose” of the crude, undiluted form, will create a particular group of symptoms.

These may include physical, emotional, or even spiritual symptoms.  This process is called a “proving” in Homeopathy.

All the symptoms of all the subjects who participate in a proving are documented, categorized, and ultimately, indexed. The results of the “proving’s” are added to the Materia Medica, the first “bible” of the homeopathic art.
The symptoms themselves, are then cross-referenced in the homeopathic Repertory, which has become the second “bible” of the homeopath.
This is an index to symptoms and the remedies which have shown each of these symptoms as part of their “proving”.  When a client comes to the homeopath, the homeopath will spend a long time, perhaps 1-2 hours, interviewing the client.
When the Classical Homeopath has enough symptoms to get a good “remedy picture” of that client, in their current state of health or unwellness, a remedy is chosen.
This remedy is actually made from an amount of the original “crude” substance, which is then diluted a particular number of times. When that same substance that brings on those symptoms is given in smaller, dilute, homeopathic form, a healing response is elicited.

If the match is accurate enough, often dramatic and deep healing can be accomplished. This is a totally non-invasive, proven safe approach to healing.  It defers totally to the innate wisdom of the mind and body.

3 thoughts on “What is Classical Homeopathy?”